Buying Rate - What is a buying rate?

Invoice and receive payments in different currencies and automatically convert with Debitoor. Try it 7 days free.

The buying rate is the rate which a trader would buy an amount of a foreign currency. They would then sell the currency at the 'selling rate' to an individual or a company.

Currency exchange rates fluctuate frequently, and are constantly updated many times each day. The change in rates can be caused by a number of different factors including inflation, interest rates set by central banks, trade policies between countries, and more.

The buy and sell rates of a currency will vary depending on the day, even the hour and are a complex market to follow.

Specialists that deal in currency buying and selling stay on top of the factors influencing exchange rates, but these rates are also regulated on an international level. 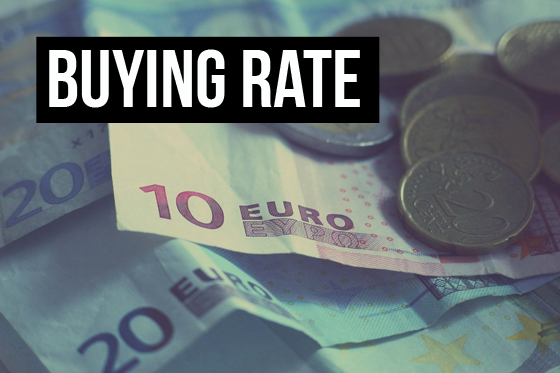 If your company deals with foreign currencies on a regular basis, then you may want to enter into what is called a “Forward contract”.

A forward contract enables you to buy a currency at an agreed fixed rate on a certain date. Therefore, even if the exchange rates fluctuate, your buying rate will be fixed at the agreed rate. This allows you to be in control and minimise exposure of any exchange gain or loss.

With Debitoor, you can easily change the base currency of your account, or issue invoices in a variety of foreign currencies. When payment is made on an invoice in a foreign currency, the application automatically converts it based on the set exchange rate for the date of transaction.

Each invoice issued and paid in a foreign currency is labeled in your account so that you can quickly determine in which currency the invoice was issued.