The ethics of business

A popular topic, especially after the events that unfolded over the course of 2008 and the economic impacts that have been experienced since. Ethical behaviour in business has certainly come up in the past but it’s arguable that it’s never received so much attention.

It’s arguable that there is a clear line between ‘ethical’ and ‘illegal’, the latter of which is certainly to blame for the eventual economic depression. However, to what extent does unethical business behaviour contribute? 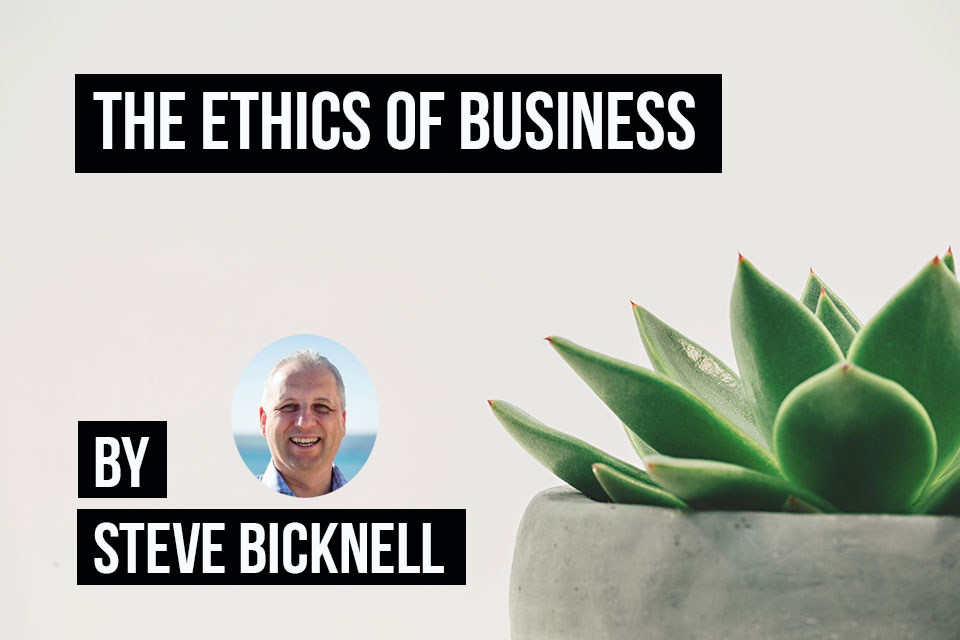 The importance of ethics

Business ethics help establish a certain level of trust between the customer and the company. Similarly, clear adherence to ethics can help businesses create a positive brand image for both B2B and B2C interactions.

Because something isn’t illegal does not mean that it can be considered ethical or moral. Surveys conducted on high street shoppers indicate that they look for companies/brands/shops that can tout their ethical behaviour.

What are the main ethical behaviours that customers are looking for?

With customers now actively seeking out certain ethical behaviour from the businesses they frequent, it makes more sense to consider how this could help bolster sales.

Sharing is caring. And is helping businesses stay ethical

A positive result of the economic crisis was that more and more businesses have voluntarily (or involuntarily) become much more transparent in their business and particularly accountancy practices.

Large international corporations such as Google and and Amazon have become significantly more transparent in their tax situations due to ethically questionable dealings which has caused them to fall under intense scrutiny from authorities in multiple countries.

While some businesses are highly transparent about their financial dealings, others still need a bit of persuading in order to show that they are upholding ethical standards that consumers not only expect but value highly from organisations.

In 2014, Fair Tax was launched. Aiming to reward businesses that pay tax rather than avoid it, the initiative promotes these companies.

How does it work? Fair Tax has a set of criteria that must be met. The requirements centre around the information that the business provides to the public regarding key tax information. The level of transparency indicates that a full set of accounts should be available.

In return, the businesses receive a certification from Fair Tax, indicating to customers, other businesses, and potential investors that they operate above-board and adhere to a set of ethics.

The quickest way to ensure that your business is meeting basic ethical standards is to stay on top of your finances. With online accounting & invoicing software like Debitoor, this can be done easily, from anywhere.

Whether you're ready to take the next step and become publicly recognised for ethical business behaviour is up to you, but is a move that could potentially increase your reliability in the market.